By stepping outside of its fellowship-granting comfort zone, CMCF was able to reach an exciting new milestone in its evolving history of efforts to elevate neonatal and pediatric care standards this week with the successful transfer $3,500,000.00 USD of unused medical equipment from children’s hospitals throughout Poland to their counterparts throughout Ukraine.

The gifting of these otherwise idle ventilators, infusion pumps, neonatal respirators, incubators, monitors, orthopedic baby beds, anesthesia devices, bacteriological lamps, laboratory equipment, a resuscitation station and a transdermal bilirubin measurement device was the brainchild of CMCF Vice President-and former nurse-Jolanta Martinoff, and would not have been possible without the expertise and accumulated goodwill of Prof.-and longtime CMCF Board Member-Maria Katarzyna Borszewska-Kornacka and the persistence of CMCF’s Country Managing Director for Ukraine, Dr. Zoryana Ivanyuk.

More about the particulars of which Polish hospitals participated and what items were donated can be found in these two recent articles. The broad outlines of this groundbreaking act of international cooperation are these:

In accordance with a Memorandum of Understanding signed between the Children’s Medical Care Foundation and the Ministry of Health of Ukraine in 2017, site visits of 10 neonatal and pediatric medical centers throughout Ukraine were conducted by representatives of CMCF to asses their adequacy to serve as hosts for a series of pilot neonatal medical trainings the foundation had been conceptualizing.

During these visits, conducted by Prof. Borszewska-Kornacka, and Jolanta Martinoff, it was discovered that a number of these hospitals were in shockingly short supply of even the most basic medical equipment.

An idea occurred to Mrs. Martinoff-what if surplus medical equipment from partner institutions in Poland, much of it collecting dust in hospital basements, could be transferred to these institutions which were in such need of it.

Mrs. Martinoff convinced Prof. Borszewska-Kornacka to approach the director of the hospital whose neonatal intensive care unit she once headed to ask if he might consider such an equipment transfer, which, to her delight, he was willing to assent to. But that was just the beginning.

CMCF initiated contact with the Ministries of Health of Poland and Ukraine to obtain formal governmental permission for donation, and acceptance of the equipment. This involved multiple politically sensitive communiques back and forth-and re-starts through a transition of Ministry heads.

CMCF hired a private shipping company, and then another as the first fell through, and finally a third who did not shy away from the task.

In addition to the obvious benefits to patient care Ukrainian hospitals having such modern equipment affords, it also expands the geographic reach of group trainings-an increasing organizational emphasis favored for its potential to more quickly disseminate modern medical knowledge-and at a fraction of the cost-of individual observerships.

If you are aware-or have medical colleagues in Poland who you think might be-of surpluses of functioning medical equipment not currently in use by the hospitals at which you or they practice, you are strongly encouraged to contact CMCF president, Bjoern Martinoff, at bjoern@cmcf.org. 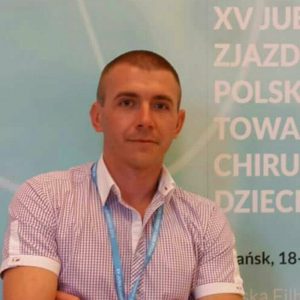 By stepping outside of its its fellowship-granting comfort zone, CMCF was able to reach an exciting new milestone in its evolving history of efforts to elevate neonatal and pediatric care standards this week with the successful transfer $3,500,000.00 USD of […]

CMCF President’s Annual Letter – December 2013 Bjoern Martinoff reported on the 20th Anniversary of CMCF’s Help the Children of Lviv program in Ukraine.  On March 15, 2013, Mr. Martinoff and Andriy Sadovy, the Mayor of the City of Lviv, […]

Crowdfunding Campaign Launched to Support Shipment of Critical Medical Supplies to Ukraine In a new initiative to bring critically needed medical supplies to Lviv City Children’s Clinical Hospital, CMCF has decided to turn to the power of the internet with the launch of […]